HomenewsBroadcast GearsWhich Camera is Right for Your Church’s Film Ministry?

Which Camera is Right for Your Church’s Film Ministry? 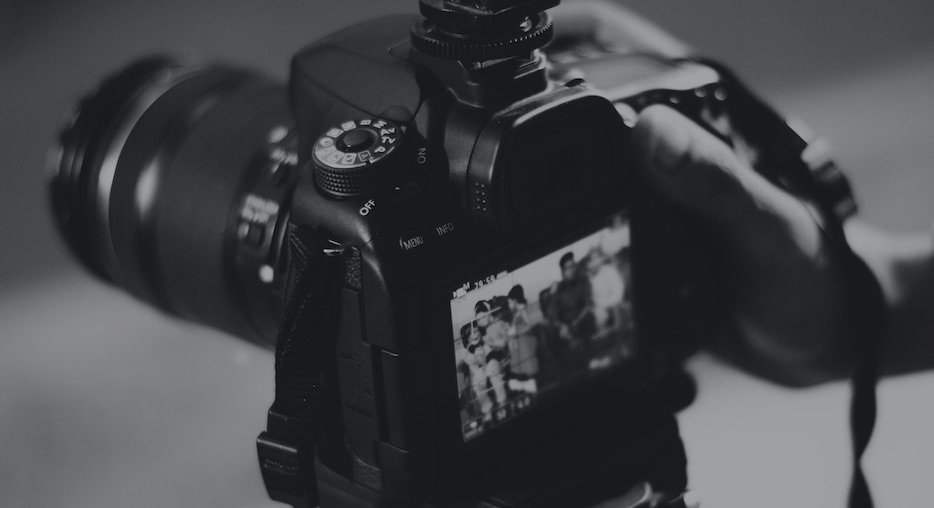 Original church filmmaking is quickly becoming of the most dynamic and fastest-growing areas of ministry today. Churches of every size and style are embracing the power of media to inspire congregations and reach beyond their walls. Fortunately, there has never been a better time than now to find professional, affordable film gear capable of capturing cinema-quality imagery.

Leading camera manufactures are offering solid options across a wider array of price points, making it easier than ever to resource film teams at every step of their evolution. From smaller DSLR-style stills cameras to pro-level digital cinema camera, it’s possible to find the just the right camera to fit your team’s unique needs. Better still, most of these cameras are flat out fun to use and deliver footage that’s creatively rewarding to use in post-production.

So how do church film team leaders go about selecting the best camera for their next stage of ministry? Finding that answer should usually start with by locking in on the types of films you ministry gravitates towards, then deciding what features are mission critical to meet your specific needs.

Is your team tasked primarily with interview and testimony projects? In that case pro audio inputs will be critical. Maybe you find yourself capturing a lot of b-roll for promos and recaps? If so, portability and low-light capabilities will be a premium. Perhaps your ministry gravitates towards scripted content, which usually requires higher-quality codecs for maximum image fidelity and flexibility. Knowing which features matter most will help you know where to invest your precious resources.

When selecting a camera for your film ministry, the single most universal feature a digital cinema cameras should have is the ability to control the balance between what’s in focus and what’s not. While almost all sensors can capture a deeper depth of field with everything in the frame is sharp focus, cinema cameras feature very large sensors that can produce a shallower depth of field. This shallowness allows a cinematographer to determine what’s in sharp focus and what has a pleasing blurriness, or “bokeh.’” When selecting a camera for filmmaking, ensure the sensor is micro four thirds-sized or larger, ideally APS-C or full frame, in order to achieve this effect.

When selecting a camera for your film ministry, the single most universal feature a digital cinema cameras should have is the ability to control the balance between what’s in focus and what’s not.

The next feature you’ll want to consider is how much flexibility footage captured by the camera will have in post-production. Cameras that feature large dynamic ranges (between 12-15 stops) and film in LOG or flat color profiles will give filmmakers the most cinematic imagery with the most flexibility in color grading and post production. Another important consideration will be how many codec options the camera is capable of recording to. While 10-bit 4:2:2 codecs will create fantastic footage with lots of latitude in post, those same codecs will produce enormous data files. Cameras that can record to both high quality and smaller, more efficient codecs will allow you to balance quality and file sizes for the specific project you’re shooting.

Some other important factors to consider include the camera’s recording resolutions and frame rates. While the abilities to film in 4K resolution or 120+ frames per second are great to have, these factors should probably take a back seat to other, more important considerations. One of these considerations is whether a camera can capture clean footage in lower-light settings. Another would be whether the camera you’re considering has built in ND filters, which knock down the amount of light hitting your sensor when for shooting in very bright environments. A third consideration would be whether the camera has built in XLR audio inputs and phantom power for recording professional-quality audio. While it’s possible to create compelling media with separate-system audio setups, it adds another layer of complexity to a project.

The next step in finding the right cinema camera for your film ministry will likely be to realistically evaluate the budget you’ll be working with. While it’s possible to spend $60K on the camera body, this is rarely the right move for the clear majority of church film teams working today. Again, things like large resolution and high frame rates are great, but they shouldn’t be a driving factor. Factors like the camera’s dynamic range, skin tones, color fidelity and the overall look of the footage matter far more.

While it’s possible to spend $60K on the camera body, this is rarely the right move for the clear majority of church film teams working today.

Many filmmakers working in ministry today started out on mirrorless and DSLR-style cameras intended primarily for taking still images. These cameras have the advantage of creating cinematic footage without breaking the bank. They’re also a breeze to fly on gimbal rigs (which is still how many larger church film teams use them today). On the other hand, these smaller cameras have their drawbacks in that they need a significant amount of additional rigging for stabilization and monitoring. They also lack professional audio inputs, which make them more difficult to use for interviews.

Churches considering these kinds of cameras might consider the Sony A7S II, the Panasonic GH5 or the Canon 5D Mark IV as great first step cinema cameras. Each of these cameras produces high quality results and has proven themselves under fire. They can also be shared with an in-house communications team that needs a camera to capture quality still images.

The most popular digital cinema cameras among church filmmakers today usually exist in the $6K-$10K range (when fully kitted out). Most cameras in this market segment will include essential features like quality codecs, high dynamic range, pro audio inputs, ND filters and dual memory recording. Some of the top choices in this range include the Canon C200, the Blackmagic URSA Mini Pro, the Panasonic EVA1 and the Sony FS7 II.

Selecting the right camera will come down to your personal preference for the “look” coming off the camera, as well has how well the form factor suits your needs.

The great news is that all these cameras are solid options, and it would be hard to go wrong with any one of them. Selecting the right camera will come down to your personal preference for the “look” coming off the camera, as well has how well the form factor suits your needs. For instance, the FS7MII and URSA Mini Pro are slightly heavier and are favored by shooter who prefer to film in a shoulder-mounted configuration. The C200 and EVA1 are a bit smaller and lighter, making them a little easier to shoot with handheld or on a tripod.

For many churches, digital cinema cameras in the sub $10K range will provide more than enough firepower to meet the demands of ministry filmmaking. Having said that, eventually some church film teams may reach a point where their artistry, creativity and mission to reach beyond the walls of the church will demand an investment in a high end, film industry-style camera.

Some of the most popular cameras in this category include the Panasonic Varicam LT, Canon C700, Red EPIC-W and Arri Alexa Mini. (The Sony Venice is just now making it into the wild, but on paper it would certainly warrant inclusion on this list) Again, finding the right camera in this range comes down to taste and experience, and church film teams will want to invest time into research and testing before making a purchase at this level.

Make no mistake; the cinema camera is a critical component in creating great film projects. It opens creative doors on set and new possibilities in post-production. But cinematography is also about things like lighting, environment, framing and movement. It’s what you put into the frame that matters the most.

It’s what you put into the frame that matters the most.

Church filmmakers and film teams should be careful not to get so caught up in focusing on gear that they neglect the essentials. Start with what you have in front of you, then go create content so moving and effective that your executive leadership feels compelled to make that next investment into your ministry.