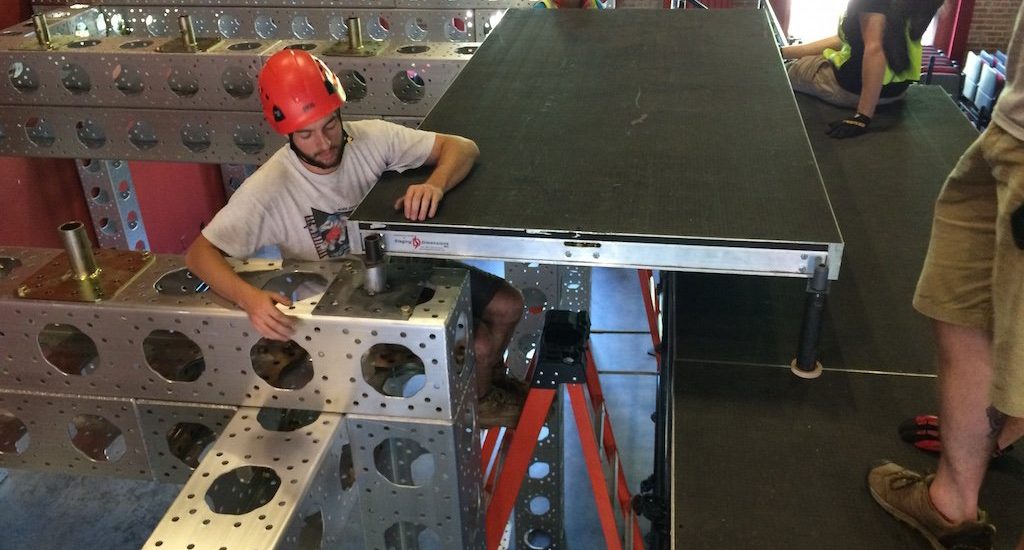 The ETCP had been under development for several years before that day in 2005. Members of the Entertainment Services Technology Association’s (ESTA’s) Technical Standards Program had wondered how the standards they were writing would be used by the entertainment industry at large. At one point it was suggested that individuals could be certified for the individual standards. That quickly morphed into a much larger concept of certifying people in some of the disciplines that are in use every day. Particular emphasis was given to the disciplines that would have the greatest effect on keeping people – performers, workers and audience members – safe at all times. These disciplines are rigging and electrical.

It quickly became clear that the organization did not possess the knowledge to develop a formal certification program on its own, so ESTA reached out to a consultant in the field of certification to help develop the outline of the program. With his help, we were able to create the program as it stands today. Key stakeholders in the industry, including employers, labor and venues, agreed to participate, both with generous contributions and with their time. I have been privileged to chair the ETCP Council since its inception. Rather than list everyone here, I invite you to the ETCP website at etcp.esta.org for that impressive list.

Once the ETCP Council had been formed, the work began in earnest. A framework for the entire program was created, including requirements for qualifying to take the certification exams, renewals, continuing education requirements, appeals, and discipline. A code of Ethics and Professional Conduct was created that every certified person agrees to adhere to. In order to create the certification exams, groups of experts known as Subject Matter Experts, were assembled to work with a professional psychometric firm that specializes in developing certifications. The first step was to conduct a Job Task Analysis which was sent to thousands of technicians to validate, and then the SMEs wrote the test questions. Ask any one of them and they will tell you it was both the most difficult and simultaneously rewarding experience they have been through. The process of developing the test questions took almost a year, and the exams were finally ready. Since the first exams were administered, almost 3,000 certifications have been awarded.

So, why does all this matter to those in church production?

Overhead suspension of heavy speakers and scenery in churches has become more commonplace, and those in charge should take every precaution to ensure the safety of those in attendance. The entertainment industry, through the creation of ETCP, has taken a proactive approach in regulating what used to be a relatively incognito profession.

“If you wouldn’t have a rigger do the commercial wiring in your new construction building, why would you have an electrician hang thousands of pounds of equipment over the heads of artists and audiences?” – Bridget Cox, JR Clancy

We also asked some of the people who are leaders in the field of entertainment that question. Bridget Cox of JR Clancy says, “While other industries similar to ours within the U.S. are scrutinized by regulatory agencies, in many cases, our small niche industry tends to fly under the radar. Therefore, taking the initiative to develop a self-imposed formal certification program which requires a combination of professional and ongoing educational experience in specific areas is to be commended.”

Over the past 13 years, ETCP has gained wide recognition throughout North America. Many venues now require certified riggers and electricians for their events. Ed Barnes, vice president of operations at the Washington State Convention Center, says, “As a facility manager, I applaud the Certification Council for the comprehensive standards assembled within ETCP. I also appreciate the diverse membership base, viewpoints, and experiences incorporated into its principles.”

A lasting effect of the program is the increased level of training and education. Renewing a certification requires both work and continuing education. At the inception of the program, there were very few training opportunities available. As people became familiar with the program, they realized that there is a continuing professional development component required for renewing certifications. Now, 13 years later, there are many more opportunities for training.

There are currently 18 companies who offer ETCP Recognized Training Programs for those seeking renewal credits, and there are nearly 70 Recognized Trainers who offer courses within their specialties to fill the same need. Not only do certified technicians need credits to recertify, those who are studying to take the exam seek out training to help them prepare. This helps strengthen the industry and advance the safety of all involved.

The overall program is best described by Cox, “The ETCP certification program has helped to create a distinction between various facets of the industry, which offers greater ability to ensure you have a qualified person performing various facets of work, as appropriate. One of the really good decisions that was made during the development of the ETCP certification is that you are required to have a certain minimum amount of professional experience, which is key to the validity of this program. There is still the danger, always, in the entertainment rigging industry that someone who works on a stage, but not specifically in rigging, will try to perform work in this highly specialized trade. If you wouldn’t have a rigger do the commercial wiring in your new construction building, why would you have an electrician hang thousands of pounds of equipment over the heads of artists and audiences? The ETCP certification is one positive step towards ensuring we have qualified people within the industry performing the scope of work they are trained and experienced with, and mitigating the risks of under-qualified people without the experience performing rigging installations.”

It is very important that, as houses of worship adopt the practices and effects of the entertainment industry, those in charge embrace the program that has been helping to make a safer entertainment industry over the last 13 years. In future write ups, we will tell you more about when it is appropriate to hire ETCP Certified Technicians or ETCP Recognized Employers and discuss whether or not it is appropriate to have the leaders of your production staff become certified.