HomenewsSecuritySmart Cities Have New Physical Threats: The Impact of Drones on Security and Public Safety

Smart Cities Have New Physical Threats: The Impact of Drones on Security and Public Safety 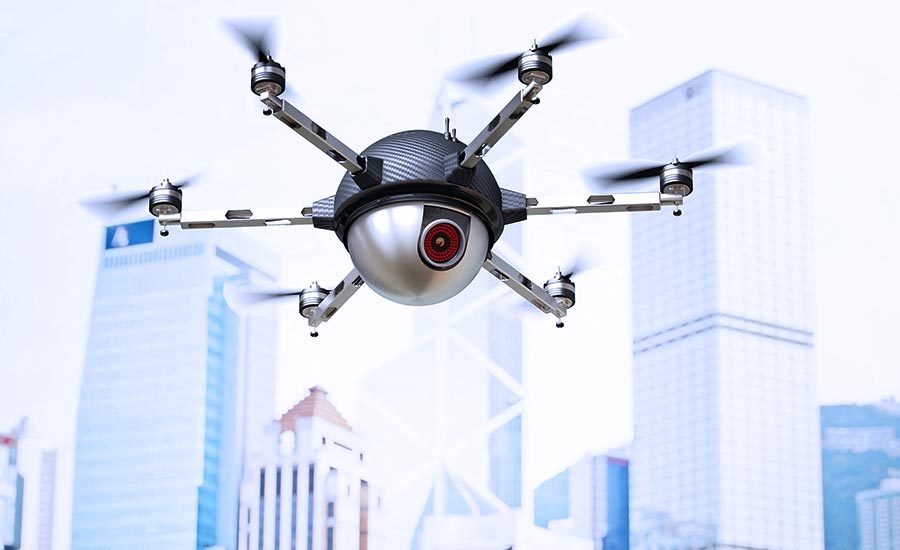 Smart city leaders are rightfully concerned about cybersecurity. Securing smart digital cities with millions of IOT devices from rogue actors with easy access to Internet connections anywhere in the world requires constant vigilant effort. Unfortunately, away from all the headlines of cybersecurity lies a new, but equally concerning threat: rogue actors with easy access to inexpensive drones that can violate individual privacy, menace citizenry in public spaces, and deliver contraband or even lethal payloads.

Physical security and cybersecurity are different sides of the same security coin. As the cities of tomorrow emerge with more complex networks and connected and autonomous technologies of all kinds, city planners must consider physical security as an integral component of smart city security.

In 2017, drone industry sales topped $1 billion dollars, more than 10 million were sold globally, and nearly 3 million drones will be sold in the U.S. alone in 2018. With growth like this, it is clear that security planners must consider smart city security as a 3-dimensional challenge rather than the 2D challenge they’ve dealt with for centuries

In a Washington Post July OpEd, Secretary of Homeland Security Kirstjen M. Nielsen, wrote: “Drone technology offers the potential to change our world – from enabling historic transformations in e-commerce to faster emergency response. But the technology also has a dark side. It can be used to spy on us, to threaten our critical infrastructure, or to attack crowds and public places.”

The good news is that comprehensive cyber and physical security is possible, but it does require extending smart city security beyond its current 2D paradigm and digital emphasis.

Every city requires critical utility services, often delivered over vast networks and from great distance. Electricity grids may have dozens of generating locations, hundreds of substations, thousands of towers, and tens of thousands of wire miles. Water and sewer networks store and deliver water from open air reservoirs and send waste from homes and apartments to open air treatment plants. Many cities have industrial districts in and around populated areas that include potentially hazardous chemical plants, refineries, or manufacturing facilities.

After years of focus on security, nearly all of these facilities have layers of protection from external actors. This includes cyber security and security against ground threats – people or vehicles. Yet, nearly all of them lack the necessary security to prevent rogue drones from delivering payloads or from gaining network access by hovering above a site and appearing to be an internally located device. It is worth noting the actions of Greenpeace, which flew a drone dressed as Superman into a French nuclear facility in July. Rogue operators are seldom so public about their activities.

Smart cities also have parks and places for residents to gather, whether as individuals enjoying a sunny day, or tens to hundreds of thousands attending an event (e.g. parades, festivals, sporting events, etc.). There have been many cases of drones accidentally crashing into people and groups, and the recent news of an attempted drone attack on the President of Venezuela highlights just how close we are to munitions on drones as a mayhem delivery vehicle of choice for bad actors.

As noted by Secretary Nielsen, there are equally compelling positive use cases for drones in smart cities, extending or expediting services and saving money. First responders fly missions to help fight fires, understand accidents, track suspects, or search for lost or wayward people. Utilities use drones to inspect facilities, towers, reservoirs, wires, and pipelines. Innovative companies hope to one day deliver everything from packages to food to medicine to even organs for transplant surgery.

While NASA and FAA work on rules for enabling drones in the national airspace, smart cities need to factor drones into their security planning. For example, security infrastructure should contemplate that first responders may deploy portable equipment that scans the skies around their drones to ensure no other aircraft are operating nearby (e.g. news helicopters, etc.). Given the growth in use of drones by first responders nationally, this should be one of the early objectives for smart cities, demonstrating safe drone use for all to see.

Another step is to identify parks, stadiums and other facilities where large numbers of people gather and implement a security architecture of deployed sensors to continuously surveil the air above such spaces and inform the proper authorities if unauthorized drones are in the vicinity. The same can also be done for industrial facilities like power plants, chemical plants, petroleum refineries, ports, or key manufacturing facilities. Working collaboratively with state and federal authorities can lead to a joint architecture for securing critical infrastructure and public spaces.

Now is the time for smart city leaders to expand their concepts of security. Cyber is a well-documented new threat matrix which has received a lot of deserved attention. But the other very real new threat is the physical one posed by drones, which also needs to be addressed. To counter the growing drone-based threat, industry is moving quickly to design and manufacture sensors augmented with AI that enable comprehensive 3D security architectures at commercial price points. As these physical security sensors are deployed and integrated along with cyber assets, smart city leaders will be on a path to creating a robust, multi-layered cyber-physical security solution that offers full-time situational awareness and protection for all residents.