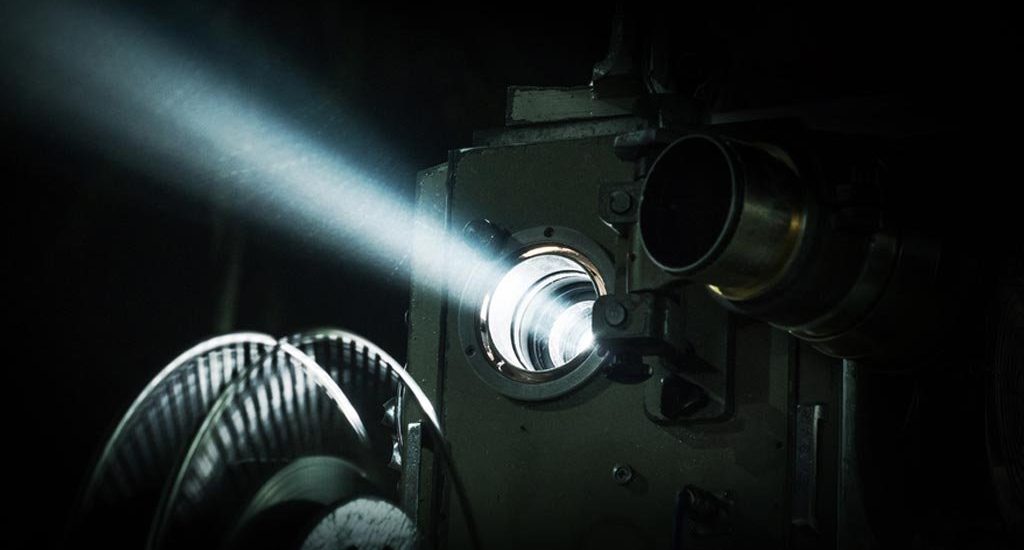 Projection technology doesn’t command the AV stage like it used to. But that doesn’t mean things haven’t changed under the hood.Flash back to InfoComm 1994: Attendees are amazed to see “portable” LCD projectors that can light up a screen with 500 lumens of brightness and show images at full VGA (640×480) resolution. These 30-pound wonders would finally dispatch bulky CRT projectors and LCD panels for overhead projectors, ushering in a new era of on-the-go presenting.Okay, stop laughing. That was almost 25 years ago, after all. But that crop of solid-state projectors began a revolution in imaging that hasn’t really stopped. We just don’t pay much attention to it in a day and age when more of the buzz in the AV industry seems to be about large, fine-pitch LED walls; 4K and Ultra HDTV; transporting AV signals over IT networks; and wireless connectivity.

The availability of large, inexpensive LCD displays in recent years has put a serious crimp into projector sales.

Indeed, the availability of large, inexpensive LCD displays in recent years has put a serious crimp into projector sales. In particular, “hang and bang” products found in small meeting rooms and classrooms were quickly shown the door as LCD monitors and TVs were hung in their place. In the home theater channel, a similar trend was observed as large Full HD and Ultra HD televisions became the preferred display for any ambient light conditions.And the assault continues on a second front. Fine-pitch LED walls have cut into sales and installations of high-brightness, large-venue projectors. When was the last time you attended a concert where projectors were flown and used for backdrop images? Most touring musicians and bands have migrated to LEDs in the past few years for indoor and outdoor performances.

However, the game’s not over yet. While projection remains a cost-effective way to create large images, a few tweaks were in order to stay competitive. 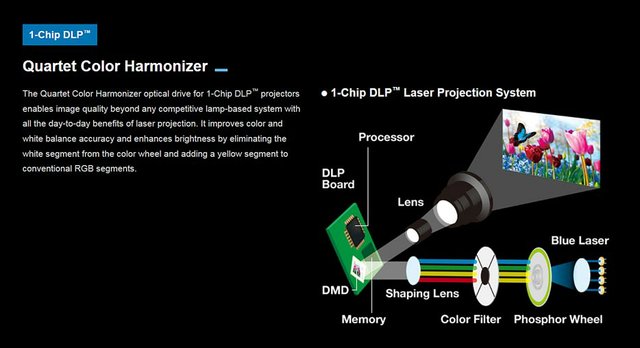 Perhaps the biggest change has been a migration away from short-arc lamps to solid-state lighting. Ten years ago, a handful of companies took the lead in promoting LED and laser projection with small, low-brightness models that were more for show than practical use. After all, what could you do with a 50-lumens pocket projector that had (at best) SVGA resolution?Today, it’s an entirely different landscape as more and more projector brands are embracing laser-based illumination systems. But when we say “laser,” we’re not talking about using lasers as coherent light sources for light shows accompanied by music. There are numerous restrictions on how and where these types of lasers can be deployed and how much power they can generate.Instead, the lasers used in projectors are substituting for lamps. In a contemporary laser projector, an array of blue laser diodes provides a high-intensity beam of light that then passes through a color wheel with a green/yellow phosphor segment. The resulting white light that emerges is then refracted into red, green, and blue through color wheels (DLP) or dichroic filters (LCD). It’s also diffused along the way for uniform brightness, not to mention safety (can’t have people staring at coherent light, can we?).

When all is said and done, the intense white light formerly produced by a lamp is nicely replaced by this laser/phosphor system. And there are two primary advantages to this approach: First, the projector can be turned on and off just about as quickly as a room light with no need for a cool-down cycle. And second, projector maintenance is basically reduced to zero. A laser light engine should last between 15,000-20,000 hours before it wears out. Contrast that number with the 2,000- to 3,000-hour life cycle of a short-arc lamp.

Laser phosphor technology has come a long way in a short time. It’s now possible to buy a laser phosphor projector that can crank out 30,000 lumens, while prices have dropped considerably on models for small- to medium-sized venues (2,000-8,000 lumens). It’s highly likely you’ll replace the projector before the laser light engine wears out.

An alternate approach to solid-state illumination uses light-emitting diodes (LEDs), similar to the backlights in an LCD TV or those towers of super-bright images at a rock concert. Red, green, and blue LEDs provide the spectral energy and imaging chips blend these colors to create images. In a DLP projector, the LEDs can be pulsed individually at very high speeds to blend colors, eliminating the need for a color wheel. No more flicker. The drawback to LED projectors is their inability to produce high light levels. Right now, the upper limit is about 3,000 lumens and comes at a hefty price. As a result, most LED projectors fall into the “pocket” category with peak brightness levels under 1,000 lumens and small form factors. A more practical and cost-effective approach is to combine LEDs with lasers to produce RGB colors, creating what’s known as a “hybrid” projector. Like laser phosphor models, LED projectors feature instant on/off operation and long life. As for environmental considerations: Short-arc projector lamps use halides of metal (mostly salts of mercury) to produce intense light. The European Union passed its Restrictions of Hazardous Substances (RoHS) regulations in 2006 to get rid of mercury, and many other national and local jurisdictions are now following suit. (Did you notice that compact fluorescent lamps are getting harder to find these days? It’s for the same reason.) 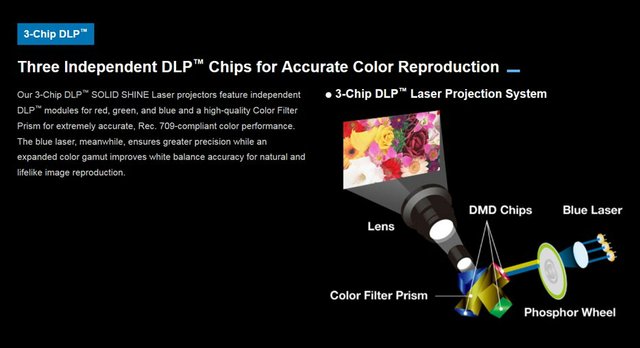 Is there anywhere that projection still holds the upper hand? Absolutely, and that is in its ability to warp images to fit concave, convex, or even trapezoidal screens. Projectors are being used to map video images to everything from spheres and triangles to the surfaces of cars—all of them. It would be difficult and very costly to “map” the surface of a car with “micro” LEDs and accomplish the same effect. And while not impossible, creating a spherical imaging surface from LEDs would be just as much of a challenge.

Is there anywhere that projection still holds the upper hand? Absolutely, and that is in its ability to warp images to fit concave, convex, or even trapezoidal screens.

Another unlikely savior for projection has come along in the form of 4K imaging. Presently, large 4K monitors are quite expensive and heavy, as are fine-pitch (under 1.5mm) LED video walls. Once again, projection is the lower-cost path to get to large 4K images. But caveat emptor: To reduce costs, most 4K DLP, LCD, and LCoS projectors aren’t really “true” 4K models. Instead, they use lower-resolution imaging chips and pixel shifting to create 4K and 5K images. This shifting process happens so quickly that your eyes don’t see any flicker, just a full-screen 4K or 5K (5120×2880 pixels) image.

There are already a handful of laser phosphor and laser/LED hybrid models offering 4K resolution, many using a new .7-inch DLP chip with 2716×1528 mirrors. Some models can produce close to 10,000 lumens! At present, 4K models with laser light engines come at a price premium over those equipped with short-arc lamps, but you can expect those prices to come down within a year as more manufacturers add 4K projectors to their lines. And there you have it—instant on/off operation, no lamps to replace, and a cleaner environment, thanks to lasers and LEDs. Throw in projection mapping and 4K resolution, and you’ve got a product that is clearly keeping up with the times.PETE PUTNAM is a regular contributor to Church Production Magazine.