Mixing Consoles: Below the (Control) Surface 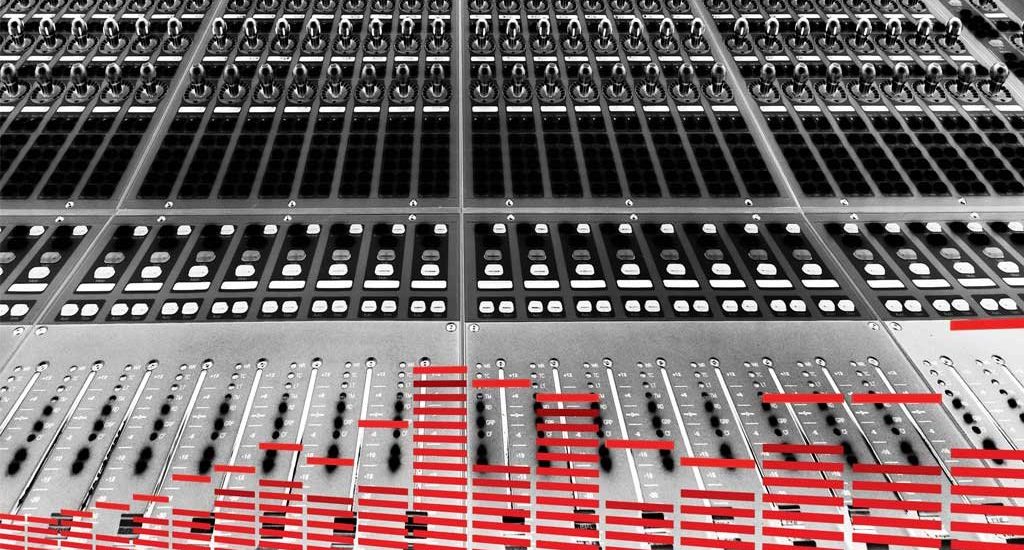 When choosing a digital mixing console for your church, there’s more to the task than checking off a list of inputs, outputs and features. It’s critical to understand what’s going on under the control surface. What core technologies will determine the possibilities—and perhaps the pitfalls—when introduced in your church? How do you navigate the borderline between the old world of analog audio and the new world of IT networking?  To gain intelligence into these matters, Church Production queried a panel of experts from leading makers of digital audio consoles. 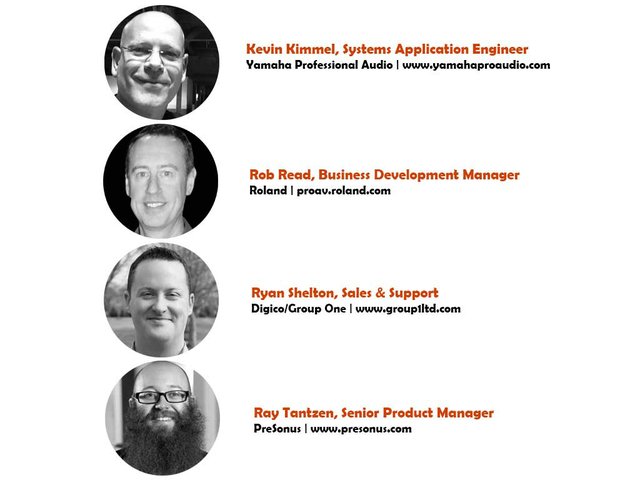 What feature or technology in today’s digital consoles is of greatest benefit to larger, production-intensive churches, and why?

Shelton: Initially, the most important feature of digital consoles was quick recall of settings for back-to-back events. But now I would say flexibility is a greater benefit. The large, production-intensive church is pushing the limits of digital console offerings, requiring manufacturers to build in flexibility with capabilities often beyond what we see on national tours.

Read: A console with flexible architecture allows configuration based on the varying live sound needs of the church. It enables use for multiple purposes, from Sunday worship to youth events, special concerts and live streaming.

Kimmel: One important new technology is digital modeling of unique signal processing devices. For example, the Rupert Neve Design Portico 5045—available in the Rivage PM10 and new PM7—dynamically limits leakage into mics. This allows more gain before feedback and removes room sound from lavaliere, headset and choir mics, and thus helps both experienced and novice mixers to do a better job in challenging situations.

What digital console feature or technology is of greatest benefit to smaller churches with minimally trained volunteers?

Tantzen: The most important thing for smaller churches with volunteer staff is ease of use, which means keeping critical functions under your fingertips, not hidden away in a menu. For example our Series III mixers make it easier for volunteers to manage a complex mix is with the custom User layer, which can be configured by an integrator to include only the channels for which the day-to-day volunteers need immediate access. This makes it easier for them to mix services without assistance.

Kimmel: Simplified control are helpful for volunteers, such as the One-Knob EQ and One-Knob compressor functions on our TF Series. We also worked with microphone makers to create presets for microphones as commonly paired with specific instruments. This helps novice volunteers achieve a good sounding mix, and as they increase their skills they can use standard controls for adjustments.

Shelton: One-to-one visualization is important, meaning there is a visual channel strip in line with each fader, rather than a screen showing only one selected channel. With consoles like our S21 and S31, we maintain that one-to-one relationship between every fader and the channel display.

What about networking? When is it essential, and which approach is best—manufacturer proprietary, third party licensed like Dante, or open standard as with AVB?

Read: Networked audio is great for keeping audio in the digital domain, and Dante is currently the most common in the pro audio world. However, one of the challenges with using a common protocol like Dante is that you have to set your clock to the least common denominator of whatever is plugged into your system. The Roland M5000 runs natively at 24-bit 96 kHz and has expansion cards to integrate Dante, but if you introduce a Dante device that only goes to 48 kHz then you have to clock down your entire system to make it all work. But by using components on our proprietary REAC network, you have an eco-system that runs natively on 24-bit 96 kHz, including snakes, personal mixing, and recording as well as the console. This provides the highest level of sound quality throughout your production and maximizes full control over each component—not easily done in a Dante network.

Tantzen: Networking provides both improved sound quality and greater affordability compared to analog cable runs. With the StudioLive Series III mixers, we went with AVB. We like that it’s an open standard (think MIDI or ADAT), and AVB is seeing increased adoption from more pro audio companies. A major benefit to this protocol over its counterparts is that AVB switches are designed for pro audio applications, so no additional setup is required. Also, because AVB is an open standard, we have more control in determining our customer’s user experience.

Kimmel: Having the ability to route any audio signal over Cat5e cable or fiber to any location where you’ve got a network port/device is incredible. You can distribute signals to broadcast, a recording computer, different mix locations, and amp rooms. Also, many of the grounding issues and noise from poor cabling are all but eliminated. Yamaha has chosen Audinate’s Dante network because of its ease of use, compatibility with standard Ethernet switches, and flexibility. Dante is integrated into our CL and QL Series consoles and an option in most other products.

Many mixing consoles now use third-party tablets as a secondary user interface or even as the sole user interface. What are the advantages and the potential down sides?

Tantzen: Remote mixing apps provide several advantages. It’s a wonderful tool for stepping away from the main mix position to check your mix throughout the room. The second screen modes also expand on the mixing information you can see at a glance when working at the console. We’ve even found it to be more approachable by volunteers, thanks to the highly visual workflow. The only real pitfall is ensuring you have a reliable and secure wireless network.

Shelton: Using third-party tablets—mainly iPads—allows the engineer to move as needed. If it is a small church with just one audio engineer, then it may be a huge help to go up on stage with the musicians during a rehearsal and hear what the musicians are hearing in their wedges. Or, it could allow the solo engineer a chance to sit with the family during part of the service and still maintain control.

Kimmel: We started this practice with StageMix and it has caught on for a variety of reasons:  it allows mixers to walk a stage and make settings—the original intention—while standing with the musician, and other benefits were realized by front of house mixers and system techs alike for walking a room or getting out of a not-so-good mixing location. The pitfalls, if using to replace a mixing console during anything other than a rehearsal/ or soundcheck, are obvious in that you’re relying on a WiFi connection. Also, there’s nothing like a tactile knob, fader, or button when in the heat of the moment you must respond immediately and accurately.

When is programming presets for console functions to accommodate different services and events a good idea? Always beneficial, or sometimes confusing to novice volunteers?

Read: Presets allow you to recall settings and configurations for various services in the church. An example might be contemporary and traditional services where you have a full band and then organ/piano and choir for the next. Another example might be funeral services where the pastor only needs access to podium mic or wireless mic, so you can recall settings to have a volunteer adjust volume for the single microphone and not be intimidated by the other channels.

Shelton: While we know that things will always change—that’s a given—volunteers and staff that spend time programming the console will learn more about it every time, and knowing how to use a tool better than before is always a good thing. However, for speed and simplicity, spending time building ‘templates’ or base files for common services will allow someone to roll in and get started without setting up the console beforehand.

Tantzen: Pre-programmed functions can be a real help, if done correctly. For example, setting up scenes to cover different types of events is a must-have for many churches. On the other hand, changes to functions such as the fader layout or DCA groups could throw a volunteer for a loop. It’s always best to understand the skill level of your media team and work with them to set up the mixer in a way that is comfortable for all.