How ‘The Big Easy’ Has Improved Public Safety 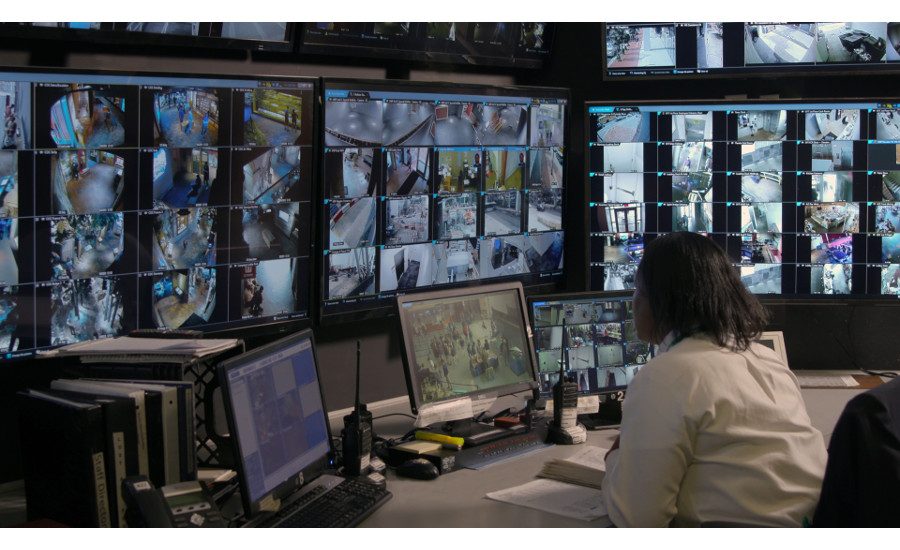 With about 400,000 residents, New Orleans (NOLA) is the most populous city in the State of Louisiana. The city is world-renowned for its jazz music, Creole an Cajun cuisines, and lively festivals like Mardi Gras.

During this annual celebration, 1.2 million visitors flock into the city’s famous French Quarter district, creating an even bigger stir in the bustling community. As the good times carry on throughout the year, several city agencies work together to keep urban life efficient and safe.

Like other big cities, NOLA is focused on enhancing public safety. While the New Orleans Police Department (NOPD) did use a public safety camera system to reinforce citywide security, the technology was outdated, and the coverage was limited. In many cases, police officers compiled evidence by asking local businesses to share video clips from external cameras. This time-consuming process was manual and monopolized valuable resources. After two shootings garnered national attention, the Mayor decided it was time for NOLA to undergo a Citywide Public Safety Improvement Plan. The $40-million project encompassed many initiatives including the deployment of a new citywide public safety system and the construction of the Real-Time Crime Center (RTCC). The New Orleans Homeland Security and Emergency Preparedness (NOHSEP) was tasked to manage RTCC operations, using the new technology to support all city agencies.

In one year, the NOHSEP agency has saved police officers about 2,000 hours of on-foot investigative work using the Genetec™ Security Center unified platform. The team can now easily retrieve evidence from more than 325 video cameras and 100 automatic license plate recognition (ALPR) cameras from the RTCC. The new security platform is integrated with other public safety solutions such as a Briefcam analytics system and a computer-assisted dispatch (CAD) system. All this information gets routed through to a central command center, speeding up emergency response. NOLA has also forged partnerships with local businesses. Using the Genetec Federation™ feature, the NOHSEP team can access video from participating companies’ systems, without disturbing owners or customers. With advanced technology at hand, NOLA is boosting public safety teams’ efficiency and working alongside the community to help keep residents and visitors safe.

At NOLA, the Citywide Public Safety Improvement Plan is paying off in big ways. The most beneficial result has been the surge in efficiency at the NOPD. Since the RTCC opened, the NOHSEP team has had 2,100 requests for footage from law enforcement in one year. In 70 percent of the cases, the team has been able to provide police officers and detectives with relevant video and information that saved valuable time during investigations.

“It might take a police officer over an hour to visit business locations, speak with owners, look through video, find what they are looking for, get a copy of video onto USB keys, drive back to the precinct, and then submit that into evidence. So, we have essentially saved the department over 2000 hours of manual labour in physically collecting and storing video evidence. That’s more time for officers to respond to calls of service and be present in our many neighbourhoods, which helps build community confidence. The ROI is there for us in terms of the efficiency,” says George Barlow Brown, IT Manager at the New Orleans Real Time Crime Center.

Using the Security Center Omnicast™ video system, the NOHSEP team can quickly retrieve video from over 325 city-owned cameras. The team can also access data captured by 100 ALPR cameras, 60 of which are Security Center AutoVu™ cameras. These ALPR cameras are positioned in strategic areas around the city to track wanted vehicles and persons of interest. The platform is integrated with a Briefcam analytics system and a computer-assisted dispatch (CAD) system. All this information gets routed through to a central command center.

Today, when someone reports a hit and run, information from the 911 call gets sent to the RTCC and nearby cameras automatically come up on the video wall. An operator can then gather more information and check for any related footage.

If video footage is available, operators work within Security Center to quickly retrieve evidence, and then advise responding officers via radio. If needed, they will tell officers what happened or provide a description of a suspect. Then, following protocol, they bookmark, export, and upload the video to a central evidence repository.

“Our operators do the full investigative work right from within Security Center. It’s just one of the most intuitive solutions that I have ever seen. We can display up to six video tiles and hit ‘synchronize video’ to see various angles of the same scene playing at the same time.  We can then select the segment of video we need and hit export. Each 10-minute segment from all the video tiles is then archived for viewing later on,” says Brown.

The security platform’s user-friendliness helps us during Mardi Gras and other big city events when the RTCC ramps up staffing. “Security Center is point-blank easy-to-use. When we hire more operators for special events, I don’t always know who’s coming to work in the room. But I do know that everyone is able to use the Genetec system,” adds Brown.

While police officers have limited access to Security Center, RTCC operators support them 24/7. For example, if a detective is at a scene and learns of a license plate number that may have been involved in the crime, they can call the RTCC for assistance.

“Rather than having to get back to a desk and run a license plate number search, an officer can call us on the radio and we can immediately advise them of any information we have,” explains Brown.

NOLA is also leveraging Security Center to foster a true public-private partnership. The city launched a platinum version of the SafeCam project, which allows businesses to share access to external video cameras with the RTCC. This is enabled by the Federation feature which gives the team the ability to manage multiple independent Genetec systems as one.

“We’re now recommending that our private partners invest in the Genetec Stratocast™ cloud-based video system if they want to participate in our program. It’s the most straightforward way to give us access to their cameras,” says Brown.

To date, there are 10 established partnerships and agreements with six more organizations in the pipeline. Participating businesses can be identified by discrete signage at their front entrances. This tells on-the-ground officers that this business has shared their outdoor cameras with the RTCC, and there is no reason to disturb the establishment or their customers. The officer can simply call RTCC operators to get the evidence they need.

NOLA is making the most of its security investments to improve city life too. For one, the RTCC operates a backup emergency operations center for the city of New Orleans. The NOHSEP team has also shared video feeds with other city departments such as the Sewage and Water Board, so they can determine the rate at which an intersection floods.

Brown and his team also have motion-detection alarms set up on cameras facing some known illegal dumping sites. As soon as someone dumps refuge in these locations, the team can pro-actively notify the Sanitation Department so they can collect the debris.

NOLA is focused on expanding video coverage through the public-private partnership. According to Brown, “It’s my intention to double the public safety camera count using the Federation feature alone before the end of the year. To do that, we’ll be expanding our private partnership initiative, SafeCam.”

As plans continue to evolve, the RTCC team is taking full advantage of the new technology to keep NOLA safer. “As far as investigations and the ability to mine video and data, Security Center is hands-down the best product out there. With this platform, we’re extending greater efficiency to responding officers, and we’re also forging stronger partnerships with our community. Together, we’re all working smarter and faster to keep New Orleans safe,” Brown says.