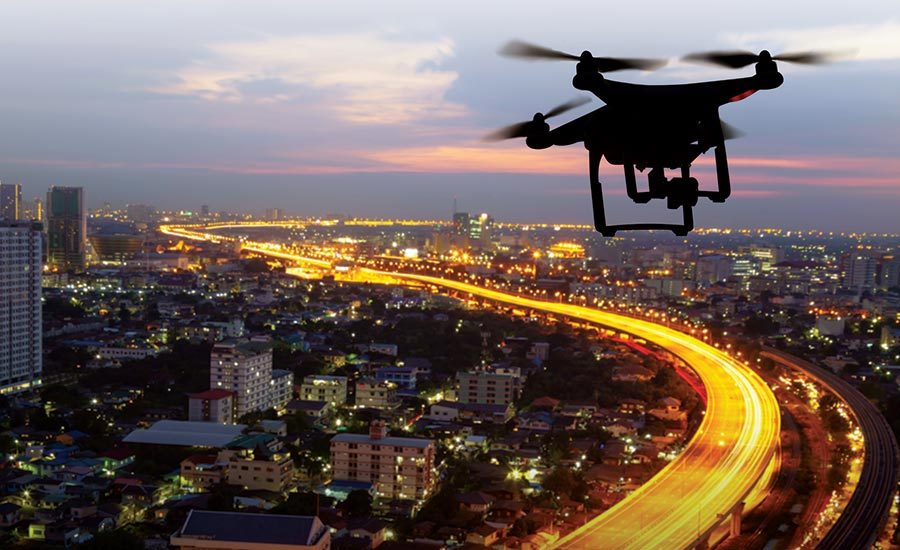 The commercial use of unmanned aircraft systems (UAS), more commonly known as drones, has exploded over the last few years, and it’s clearly on a trajectory to continue. Its global market is currently worth $2 billion, and that number is estimated to skyrocket to $127 billion in 2020. The Federal Aviation Administration (FAA) predicts that commercial drones will jump from the 80,000 registered units in August 2017 to more than 420,000 units by 2021. There are certification programs sprouting up all around the country where you can become a certified drone operator. What does all of this mean for enterprise security?

How Drones Can Help

There are many ways drones can help enterprise security teams to manage their risk mitigation efforts more efficiently, safely and cost-effectively, including:

Risks and Challenges of Drones

All of these potential benefits and advantages don’t come without their share of risks and challenges, especially when it comes to the complexities of enterprise security. Some of these include:

“For small or medium enterprises, a drone is an alternative to other kinds of expensive security or to enhance what you’re already doing with cameras and security officers, says Ryan Hendricks, managing partner at Dronusphere.”

Points to Consider When Utilizing Drones

Still interested in utilizing drones in your enterprise security program? Here’s some advice:

“I see robotics as the future in security, says James A. Acevedo, president at Star River Incorporated.”