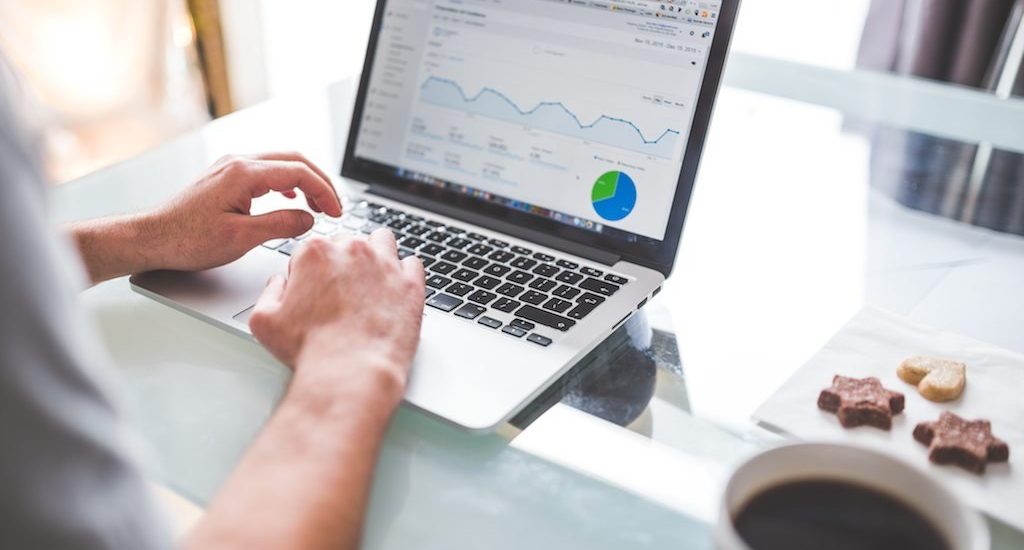 Are you getting good ROI for your live-streaming ministry? Start by defining your church’s objectives. There you’ll find indicators of whether you’re headed in the right direction.

ROI is a business term which means “Return on Investment,” but as it turns out, a lot of churches think of ministries through this lens, too. It might seem crass, but when you’ve got limited resources, or rather think of what you have as limited, every dollar needs to stretch pretty far.

So, how can you tell if you’re getting a good ROI for your live-streaming ministry?

Start by defining objectives. Sometimes you’ll hear, “If only one person comes to know Christ, it will all be worth it.” I think that’s true and a great measure, but not everyone agrees. You need to know right away if your church also thinks that makes it all worth it, or not.

Maybe they’re also thinking about different durations between the launch of the ministry and that person coming to know Christ. A year after launch and a month after launch are radically different spans of time, too.

Either way, there are indicators of whether you’re headed in the right direction or not. It’s unlikely that no one will watch your live-stream for five years and then 500 will in one week. No, like Jesus said, the Kingdom of God starts small and builds (like yeast in bread in Matthew 13:33).

When you’re looking at the numbers and watching for growth, they get tricky to understand and can vary widely based on the platform.

When you’re looking at the numbers and watching for growth, they get tricky to understand and can vary widely based on the platform.

Before we begin, here’s a word of caution. Whatever your numbers, if you haven’t dug into what they mean, you might be quite disappointed to see that what you have is actually much less than you’d thought.  So, brace yourself.  Look at the details as opportunities for growth, not just proof that your actual online congregation is much smaller than you thought.

Facebook Live, for example, has a metric called “reach.” Facebook means that you “reach people” by having content in their newsfeed. So, every time there’s something in your newsfeed that you totally ignore, scrolling past it, Facebook says you’ve been reached by that post … even though if someone asked you five minutes later you might say that you didn’t see anything from that brand.

“Views” are another tricky metric. Imagine that you’re channel surfing on your tv. You pause for just a few seconds on something because it caught your eye, but you never intended to watch it and, in fact, you leave in three seconds. According to the way Facebook counts views, you were a viewer.

On Facebook, though, it’s worse. Since your newsfeed contains various stories, pictures, and the like, and since video autoplays, unless you’ve bothered to turn that feature off, you could be scrolling along, pause to read something above or below a video that’s playing. But if you do so for the magic three seconds and it’s showing, even though you’re not actually paying any attention to it, you’re a viewer.

Finally, it doesn’t matter whether you take the time to unmute the video or not. You might have noticed that some creators add subtitles, so you don’t have to, but it really masks the problem that the view counts whether it’s muted or not. By doing so, creators hope that the subtitles will encourage you to actually unmute the video and pay attention to it, but there are no guarantees.

Thankfully, Facebook is honest about these metrics and will tell you what they mean, but you’ve got to go into the stats for each video and discover for yourself just how many people watched for longer than three seconds with the sound unmuted.

Let’s take a look at some actual numbers from a recent live video. It had a reach of around 2,000 and around 1,000 views. On the surface, that sounds great. Until you dig in and realize that the “peak live views” was only about 15 and there were nearly 900 unique viewers. You dig further to find that while three second (or longer) views were about 1,000, when the number of seconds bumps up to (a still small) 10 seconds, you find that only about 400 people watched for 10 seconds or longer.

You might think to yourself, “That’s not bad; maybe most of those people stayed for an hour or so,” but then you see average watch time and it’s only 35 seconds. That’s kind of disappointing.

Don’t be surprised if your numbers are actually similar once you dig into them.

YouTube doesn’t say what constitutes a view, but since they don’t have a newsfeed like Facebook with scrolling autoplay videos, and since you have to at least start the first video in a playlist or the first video, if you leave the feature on that plays the next suggested video, it seems likely that these views are more like what you imagine than the accidental nature of Facebook video views.

So, make sure you click the “Live & on demand” drop down at the top of the page and select “Live,” so that your uploaded videos (what YouTube calls “on demand”) don’t skew the numbers.

Now, let’s dig into the numbers in the Creators’ Studio.

First, make sure you’re looking at the right numbers. If your church’s Youtube account includes videos you upload later, they can skew stats one way or another. If a video you upload gets a lot of traction, it might make your numbers look more positive than they are. Likewise, if you have a lot of videos that are only of interest to your church, but have titles which people might misinterpret, you might end up with very low apparent engagement across the channel while your live-stream might actually be highly engaged.

Watch time is what really matters here, followed by viewers.

Another helpful thing to keep an eye on is geography. If you think your live-stream is primarily for shut-ins and parents with sick kids, but find that you’re getting a lot more views and engagement from other countries, that should tell you that maybe you’re wrong. Perhaps your church is near a military base and has a lot of military families, this might also show that while a large number of people are in another country, they’re actually members of your church, deployed abroad.

Consider, as well, that views from other places might throw off your stats. So, if for some reason you have a large number of views from outside the country that have low watch-times, you might be able to ignore those and concentrate only on those that are local.

Another thing to look at is “original language” vs. “translated” views.  Sure, YouTube is getting better and better at this, but you have people watching a translated version, that you aren’t producing, the end result might be that they aren’t getting the best experience and, therefore, tune out early.

While there are specifics that you can point to with YouTube and Facebook, the other live-streaming hosts are too varied to give specifics. In that case, follow this advice. Figure out what terms mean and use all the information they give you to see what the numbers really [mean].

Maybe your live-streaming host tells you “audience numbers” and “retention” statistics. Maybe they provide map data for where your audience is located. The more the numbers are broken down, the more accurate a picture you’ll get.

As we’ve seen, a view or unique viewer might not be what you think it is and an average watch time might be skewed by various things. As a result, you can’t just tell your pastor, “we had 1,000 people watch online” when, really, most of them were accidental and might not have even noticed that they were watching.

This might also affect how you view the platforms. While you’ll hear other church techies say, “we get much higher numbers on Facebook than anywhere else,” you’ll know that those numbers, when you correlate them to your own, aren’t the same as a view on YouTube or on your website.

Analytics are important and should be part of the way you measure what you’re doing. But keep in mind that it does still come down to each individual and their story.

Analytics are important and should be part of the way you measure what you’re doing. But keep in mind that it does still come down to each individual and their story. As much as we’d like to speak in generalities and large numbers, remember that each life matters and a story of someone from a closed country coming to know Christ or a family down the street attending your church because they could tell you were the kind of congregation they’d want to be a part of, should make a bigger impact than low watch times or high, but accidental, viewer numbers.

Analytics are just a tool to help you see progress and organize evidence for how you’re impacting the world. Do what it takes to use them appropriately.

Paul Alan Clifford is the author of multiple church technology books, and producer of the ChurchTechCast.com network of live-streaming shows. He has served on his church’s video team since 2000 in various capacities.