A Recipe for Superb Streaming 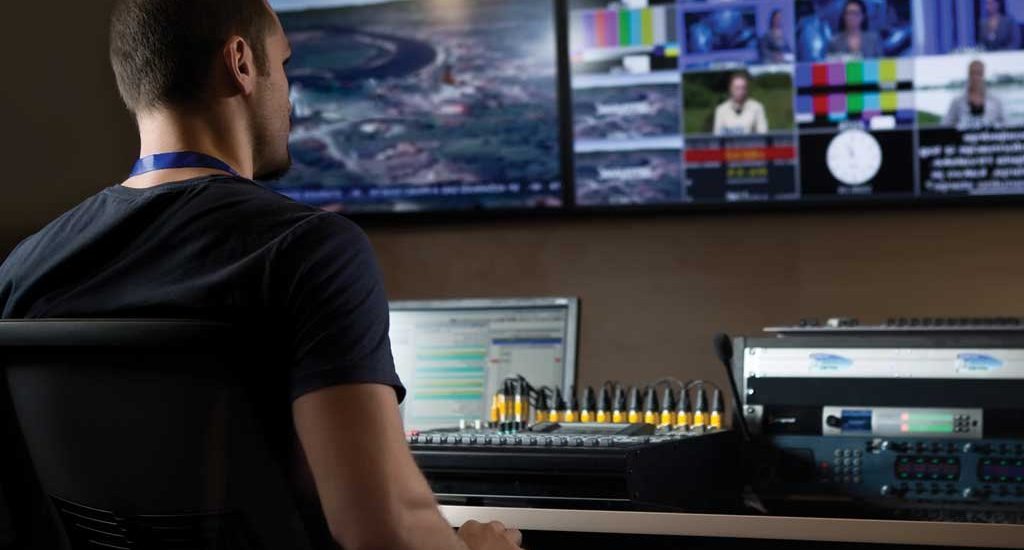 Internet streaming technology has become so accessible that with a push of a button a phone app can get a church up and streaming live. However, there is a big difference between just being live and respectfully presenting something as important as a church service, ceremony or praise concert. It’s far too easy to find churches who, in a rush to make services available online, have missed the mark and overlooked the essentials of a good production. After all, if your attempts at video production don’t live up to the expectations of viewers, it will be hard to maintain the interest of a remote congregation, including any new viewers who have found you online. While worship isn’t entertainment, there is a lot to be learned about winning video production from the television gurus who masterfully use a few essential elements that make popular television shows successful.

It’s no accident that most of us look forward to new episodes of our favorite television shows. The quality of television is so good that many of us are poised to binge watch an entire season of our shows back-to-back. And while popular actors and social topics might initially attract attention to a new show, television producers and directors know that for a show to be ultimately successful, it needs to employ a construct that is both strong and, at the same time, flexible enough to allow a new story to be creatively told in each episode. To hold our interest, the story needs to develop through each show, while an overall concept and format of the show provides consistency for the viewer. Sounds easy, right?

“It’s really a matter of simple storytelling, whether it’s a house of worship or television drama. Find the story in what you are doing, and tell that story.”

Well, like many things, it’s easy once you know how. “It’s really a matter of simple storytelling, whether it’s a house of worship or television drama,” says Peter Brinckerhoff, Emmy award-winning television director, who has more than 30 years experience directing daytime television. “Find the story in what you are doing, tell that story, and you’ll have a successful broadcast.” A good recipe for video production features three basic building blocks: a strong concept, a format for organization, and interesting content. This formula, employed by network television and movie creatives, is designed to be repeatable in a way that doesn’t appear predictable or get stale. It becomes easily identifiable by the audience. From the second we recognize the theme music of our favorite shows, we know we are going to have the same good experience, just with a new, interesting storyline that holds our attention and leaves us wanting more. If you think about it, that’s not unlike the feeling you get attending a good church service.

Putting together the ingredients

You should have a clear vision for your streaming broadcasts before you start streaming or recording a service. Having a well-thought-out vision can be key to your success, and it costs nothing to plan. If you are not used to thinking about “the big picture,” then just consider looking for what your church wants to accomplish. A good place to start is with your church’s mission statement. From there, create just a one-sentence statement describing the reason you are streaming. This will help guide your decisions about priorities, actions, and responsibilities. Your efforts should track closely with the mission of your church, and for that reason it is a good idea to involve church leadership in defining your mission. Your mission for streaming should make it clear if you are simply broadcasting your service for congregants who are traveling or otherwise unable to attend church, or if you expect your streaming to attract a new, wider Internet audience. Your concept will affect the content of your broadcast. As an example, you might not think to open with an image of your church exterior or a live shot of your congregation entering the worship area, since all your congregants are familiar what your church looks like.

Your efforts should track closely with the mission of your church, and for that reason it is a good idea to involve church leadership in defining your mission.

But, what about viewers who are not from your town who have found your church online? Online visitors to your service need to feel like they are a part of the experience, too. Shots of the church interior and worship area are important and can put online viewers in the room. “Shots of people entering the church or worshipping can be powerful images,” notes Brinckerhoff. “They can give a viewer who might be isolated a sense of being a part of a community.”In addition to a strong concept, a set format for your streaming events will help ensure that your broadcasts appear consistent and are repeatable. It’s common to keep the broadcast time for the format similar to a typical church service. Keeping the format the same from week to week, or for event type, gives the viewer a comfortable sense of what to expect and helps to lead them through the fresh content in your presentation. “Keep it simple,” Brinckerhoff advises, “it doesn’t need to be complicated.” In fact, a good format for a church live broadcast is just a simple timeline broken down into the parts of your service. Add additional time slots for news messages, images and graphics. Whether you have a one-camera operation or multiple cameras with trained operators and a video director, fitting your content into slots in the set format helps to keep your production on track.Content for your broadcast is the easy part. It’s your service and the people at your church (pastors, musicians and congregation) doing what they do. People are the “stars” of your broadcast and they are already well-rehearsed. You just need to capture what they do in an interesting way. Look for technology that will help you to capture quality content. That is, what you hear, see and feel when you are in the room. Is the sound quality representative of what the congregation is hearing? Would more or different camera angles make for a better broadcast?  When you look at your broadcast, are your “stars” the center of attention, or do they seem to far away? Don’t worry if everything isn’t perfect. Your first streamed or recorded service will not be your best. Broadcasting a service, especially streaming live, is always a work in progress.

We can learn another lesson from the network television professionals. Because their shows live and die on ratings, shows with good ratings will continue, sometimes for many seasons. Why? Because television producers and directors work hard to present a strong concept and to make the show’s content fresh and interesting. To be sure it’s working, networks carefully monitor what viewers think about shows, performers, and storylines with ratings, using that to gauge a show’s chances for success. Churches can do the same by connecting with the streaming audience to see if the technical team’s streaming efforts are hitting their mark. Internet analytics are all about trending.

Finally, remember the old adage: “The best gear is the gear you know best.”

If you are streaming, look at some basic numbers to see that they are changing for the better. If you use a content distribution network, you can get analytic data on how many people are seeing your stream this week and compare it to last week. Social media streaming offers you the ability to track “likes,” pointing you to what is working and what is not, as well the ability to get immediate feedback from viewers. As you stream, have someone stationed to read and react to comments. It is an important job and serves two purposes: to learn how you are doing and to make a personal connection with remote congregants. In addition, consider finding opportunities to poll your streaming audience or remote viewers for suggestions on how to improve your productions.Another method used by networks and advertisers use is focus groups. Consider creating your own by pulling in some non-technical congregants to watch a recorded broadcast to get some insights into your work from a viewer’s perspective. Have some questions ready: What did they like? Was anything distracting from the message? What would you like to see in future broadcasts? You might be surprised at some of their answers. If your stream goes out on social media or streams from your website, encourage viewers to comment and assign someone to compile comments for review. Experience has shown that it is important to specifically ask viewers to comment or they may forget or assume no one is reading the comments.On the technical side, consider carefully critiquing your own streaming efforts. Were there technical problems that could have been avoided? Maybe a time slot is too long or not long enough. Did your choice of transitions (cuts, fades, etc.) help your story or hurt it?  Be honest, and make the necessary changes to improve the process for next time. Sadly, even with simple streaming, issues arise and there are many parts of the streaming landscape beyond our control. Proper preparation can help. For example, many churches who start out streaming don’t think to rehearse their broadcast enough. Avid streamers have learned the benefits of starting their stream early, perhaps with a shot of the room filling up or even a simple graphic. Being online early also lets your online visitors know they are in the right place. In addition, plan something to run after your service content ends to close out your stream. It’s a great time to insert a call to action or provide information about the church, your website, or coming events.Do you think new gear will help your productions?  It probably will, but it is prudent to think about equipment like a builder. A builder looks at the plans and has a good idea of what he is going to build before he starts. Only after understanding the plans can a builder take the next step to obtain the proper material quantities and equipment needed to complete his project. Like the builder, knowing your mission will help you get the right equipment to properly support your ministry. Finally, remember the old adage: “The best gear is the gear you know best.” That applies doubly for equipment used for live streaming, so be sure to allow time for exploring the features of any new gear, seek out training—and practice.

Telling the story of church

In the movies and broadcast world, directors are responsible for the look and sound of a production and its technical standards; they interpret the producer’s and/or writer’s vision. Every production has its unique internal dynamic, and directors are responsible for ensuring that the final program is faithful to the original concept. The same skills are used to put together a streaming broadcast for your church.

Here are some tips: